Once upon a time, there was a little boy... Say, seven or eight years old. There was a close family friend in this boy's life--the "friend" molested him for years. The boy- was trapped in a cage of fear, sadness, anger, confusion, and low self worth during those years. In the midst of this traumatic experience, the boy's parents got a divorce. Age 11. The boy was unhappy, to say the least... Broken and scarred deep within his soul. His innocence was robbed of him and stigma kept him from reaching out. As the boy grew older, he began to drink. He began to do drugs... He should have died in his youth-- if it wasn't for the music. Melodies rang in his head alongside his demons, melodies that were later put onto paper with the help of his band. The boy buried his demons, he accepted them for the world, but never truly dealt with them. By the age of 41, he had killed himself. This boy's name was Chester Bennington, lead singer of Linkin Park, famous for his piercing scream.

His last album was "One More Light"

He was haunted by demons.

His name-- was Chester.

He, along with how many others? There are 121 suicides a day. Chester was one. Statistically, there were 120 others that same day. Many others with a story haunted with demons like Chester's.

When I first heard the song "One More Light" I was inspired. In truth, I had never really listened to Linkin Park before. The song reminded me of a poem I had written after the third suicide at my own school. It created emotions in me that I couldn't name, and brought me to tears. The song was beautiful. A message of hope. Then, the news came out that Chester had taken his life. The song- instantly turned to a suicide note. I was angry. Didn't he see? In killing himself-- he killed his message-- he killed his chance to save millions... How could he just... kill himself? He was important to the puzzle of suicide prevention. Every human on this earth is needed to stop suicide. But in a moment-- his light flickered and died...

Once upon a time -- there was a boy. The boy was wounded and left the world behind, leaving a trail of sadness and anger in his wake... But also a glimmer of hope-- no matter how dim...

He just lost sight of his light that day

for too long, he forgot to fight and unite.

We are the future,

We care. We will unite together to fight this fight day by day, week by week, year by year, until suicide is no more because people are equipped with the knowledge, tools and understanding that it's okay to not be okay that day, and what to do about it. 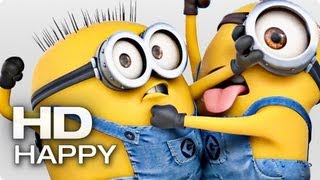